A Zimbabwean born, black South African woman, Dr. Patience Mpofu has won multiple awards as one of the most influential women in mining in Africa, and was the former Vice President of an Australian-listed mining company. She is a Global Mining Sustainability Thought Leader (ESG), Executive Leadership Coach, and Women in STEM advocate for change. Patience started from humble beginnings in Africa, got married at 21, and won a scholarship sponsored by one of the largest mining companies, Anglo American, to study for a PhD in Australia. She was part of a research team that worked to solve water sustainability issues, sponsored by 10 global mining companies. As a single mother in a foreign country, she completed her PhD, winning several awards, and authored over 10 international peer-reviewed journals on sustainability in the mining industry by the age of 32.

Patience has now turned her 25-year trailblazing career in mining into empowering and paving the way for other women coming up against the same barriers she experienced on her way to success. In 2019, Patience won CEO Global Most Influential Woman in Mining in Business and Government in South Africa and Southern Africa Regional awards. In 2020, she won the CEO Global continental award for the mining sector in Africa. “The awards represent something deep for me,” she said. “They are a symbol for the struggle of a black woman in mining. Let me embrace them all on behalf of all women. The fight for gender equality is a moral and an economic issue. Women make not just good leaders, but great ones.”

Patience has become one of the most influential and a sought-after global speakers and coaches. She was recognised as one of the 36 female leaders from around the world to take part in the 2019 IWF Fellows Program, an honour that changed the course of her path and inspired her to write this book as part of her Legacy Project. She is founder and CEO of Peak Performance with Patience, an academy for women in STEM that offers free and low-cost membership for various mentorship and masterclasses. She is also CEO of Insight Mining Experts, a global platform that connects technology experts to solve sustainability issues in the mining industry and help them meet their ESG commitments.

Patience is a former member of the UN Women GICC, focused on accelerating the advancement of women and girls in STEM.
In addition to holding a PhD from UNISA Australia, she has an MBA from Wits Business School in South Africa, and an AMP from INSEAD. She is a member of the invite-only IWF Australia Chapter and is the G100 Global Chair for Sustainable Mining (ESG). She currently lives with her son William, between Sydney, Australia and Johannesburg, South Africa. 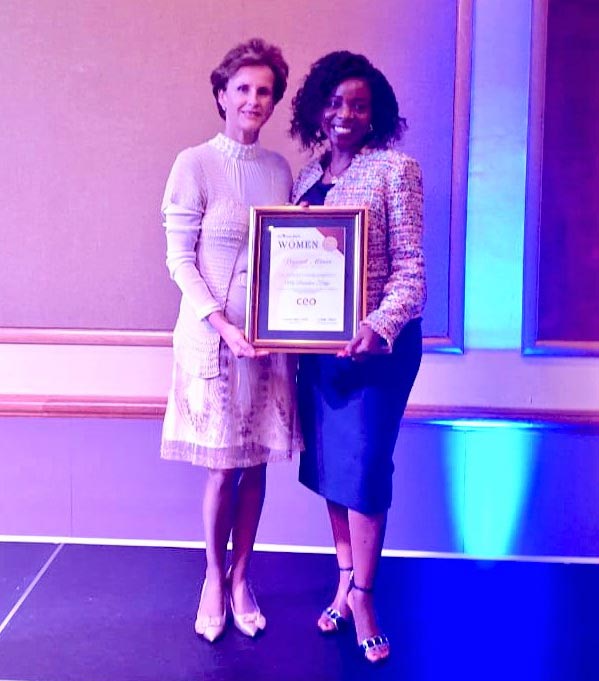